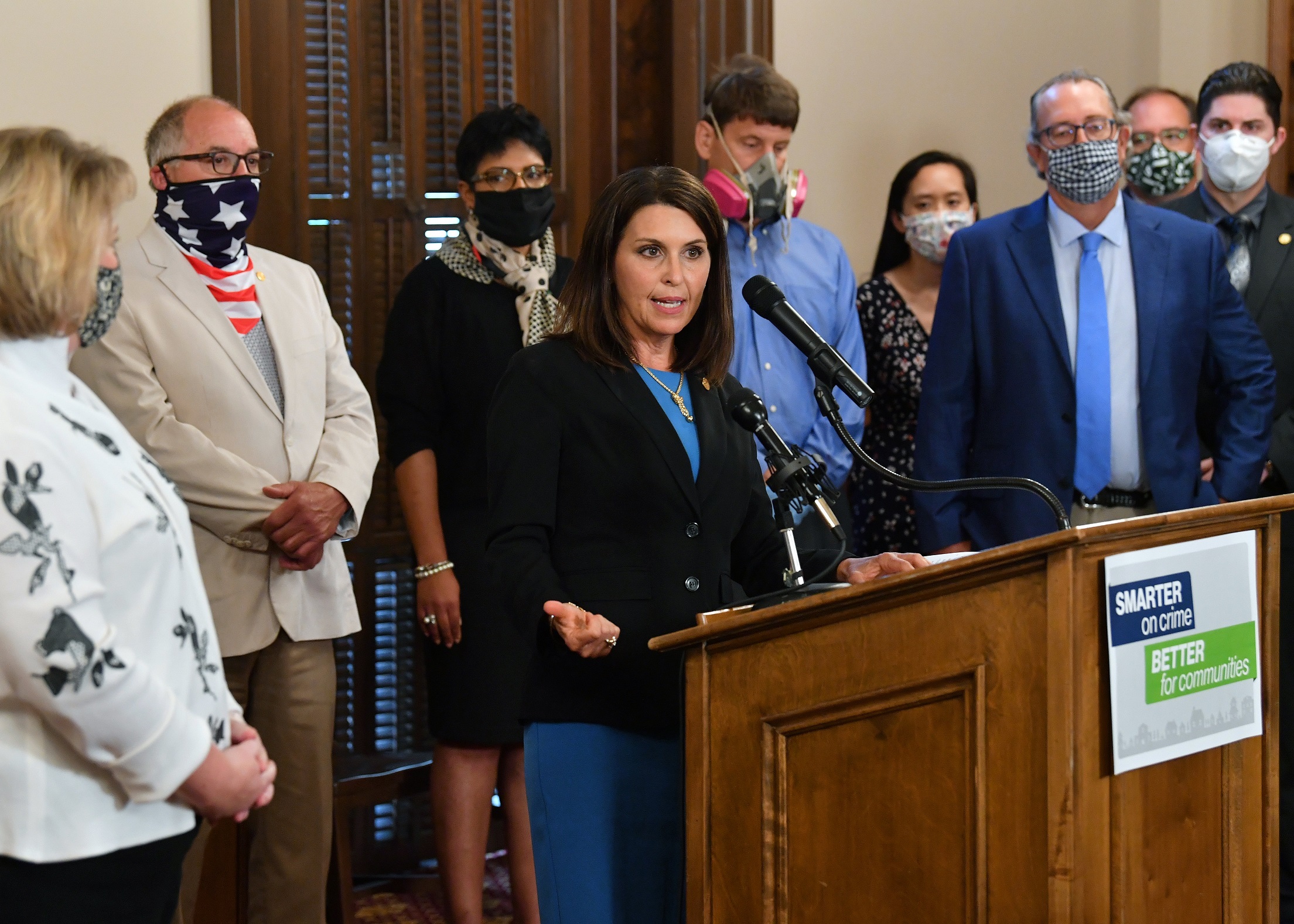 Kahle, of Adrian, said the goal is to end barriers to employment for people who commit minor infractions and refocus the use of jail and other public resources on cases that truly involve a danger to the public.

“Hundreds of thousands of people each year have their driver’s licenses suspended for missing a court date or not paying a fine on time, and then land in jail when they continue to drive to work after their license has been suspended,” Kahle said. “We all agree that dangerous drivers should not be on the road – but taking away a person’s driver’s license has become our default penalty to enforce dozens of rules that have nothing to do with driving safety.”

The Michigan Joint Task Force on Jail and Pretrial Incarceration was formed last year to study the state’s criminal justice system. The task force found Michigan’s jail population had tripled in just 35 years, and most admissions were for misdemeanors and low-level offenses. Driving on a suspended license was the third most common reason for someone to be admitted to jail.

Kahle and a bipartisan coalition of state legislators have developed a plan of action based on the task force’s recommendations.

Specifically, Kahle’s legislation would eliminate license suspensions for violations of state law unrelated to dangerous driving. It would also reclassify many traffic misdemeanors as civil infractions, so people would have the option to pay a ticket rather than making an appearance in court.

Other measures in the plan would:
• Eliminate mandatory minimum jail sentences for several low-level offenses, giving judges the discretion to set a penalty based on the facts of the case.
• Give law enforcement officers discretion to issue citations, rather than making arrests, for most misdemeanors.
• Ensure summonses are used for most first-time cases of a failure to appear in court and allow defendants to resolve low-level warrants without being arrested.
• Create a presumption of a sentence other than jail for most misdemeanors and certain felonies.
• Reduce probation terms, tailor probation and parole conditions to address an offender’s risks and needs, and cap jail sanctions for technical probation violations.

“In Michigan, the purpose of jail has gotten a bit muddled,” Kahle said. “People go to jail when they’ve assaulted someone – which makes sense. Jail can provide peace of mind for a victim, time for safety planning and a way to avoid escalating violence. Jail is good for removing a dangerous person from society while the courts handle their case.

“But people also go to jail in huge numbers for low-level, nonviolent offenses, technical violations of their probation rules, or simply missing a court date. That’s not what jail is for. It’s not going to make us safer. And it’s certainly not going to help us have a healthy economy.”

The plan will be referred to the House and Senate Judiciary committees for consideration.

“The governor and the Legislature can and should work together – always – to protect lives and livelihoods during this pandemic,” said Kahle, of Adrian. “These measures approved by the House will keep people safer, protect our most vulnerable, and better connect every citizen with their elected leaders at every level of state and local government. It’s strong action toward the continued safe, sensible reopening of Lenawee County and the entire state.”